The world is a vampire, sent to drain (Get it....The Smashing Pumpkins....I am too funny)

After looking at what was done this past weekend...I am pretty sure it is an addiction...my love for all things pumpkin... 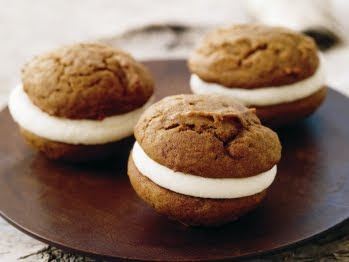 PUMPKIN WHOOPIE PIES: Were made on Saturday night. I had just seen Julie and Julia and felt a great need to cook/bake something. I read an article, this article, in the New York Times about how the Whoopie Pie is having its moment. So I used this recipe and had myself a great big ol' tummy ache...but it was so worth it! 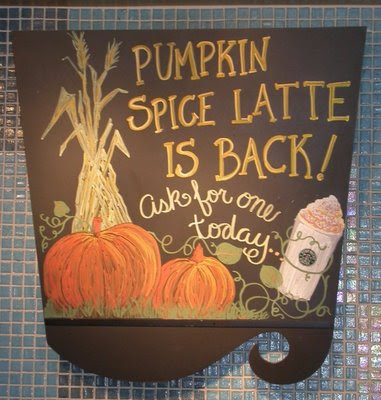 PUMPKIN SPICE LATTE: I generally don't like Starbucks. Actually its not a general thing...I don't like Starbucks. That is until September. September equals Pumpkin Spice Latte Time! Also known as "Mary is always happy time". My favorite thing about this latte (besides the fact that it taste so f-ing good) is the story that Audrie tells me about when she worked at Starbucks. Just saying that this syrup and ebay are destined for each other! 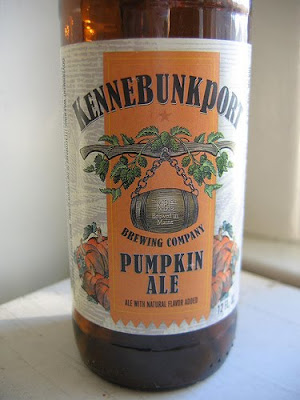 PUMPKIN ALE: I have said often times that I don't like beer. I actually managed to go all throughout college and grad school without playing beer pong, flip cup, etc...in fact I have no clue what these games mean, I just hear them talked about on This American Life. I have always thought that beer was disgusting and said that I would get my bread in a solid form thank you. That is until Ben and Martha and Audrie wore me down. I have finally started to appreciate the liquid. Monday Audrie and I had a picnic in my park and she bought this beer...it is the best thing since sliced bread I tell you! Who knew that beer would taste better with hints of cinnamon and nutmeg? Well I guess the fine people at Kennebunkport did!
Posted by Mary at 11:11 AM

yay i love new recipes and i don't like the taste of beer so new things to try are always welcome. So thank you my autumn darling.